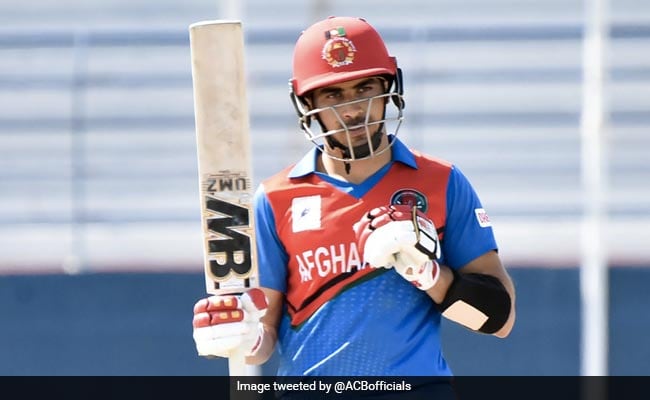 Gujarat Titans will in all likelihood be replacing Jason Roy with Rahmanullah Gurbaz, the hard hitting Afghan opener, for the upcoming Indian Premier League. Roy had pulled out of the IPL as he didn’t want to stay in the bubble for a prolonged period. Apart from having a 150-plus career T20 strike rate as an opener, Gurbaz is also a handy keeper which makes him a multi utility player. The most exciting aspect is the 20-year-old’s ability to clear the ropes with 113 sixes in 69 career T20 games.

He has played 9 ODIs and 12 T20Is in his short but exciting career so far.

Gujarat Titans are yet to officially announce Gurbaz as a replacement as they await the BCCI green light. But, it is understood that the team think-tank has taken extensive inputs from premier spinner Rashid Khan, who has also been Gurbaz’s senior in the national team.

Gurbaz’s entry could also solve another issue for Titans and that’s the keeping crisis.

Matthew Wade will only be available in the second week of IPL and the only other keeper in the roster is Wriddhiman Saha, whom they may be compelled to play despite not such great T20 record in recent times.

Gurbaz has been a sought after name in franchise cricket having played for Multan Sultans and Islamabad United in Pakistan Super League, Kandy Tuskers in Lanka Premier League and Khulna Tigers in Bangladesh Premier League.

(This story has not been edited by NDTV staff and is auto-generated from a syndicated feed.)