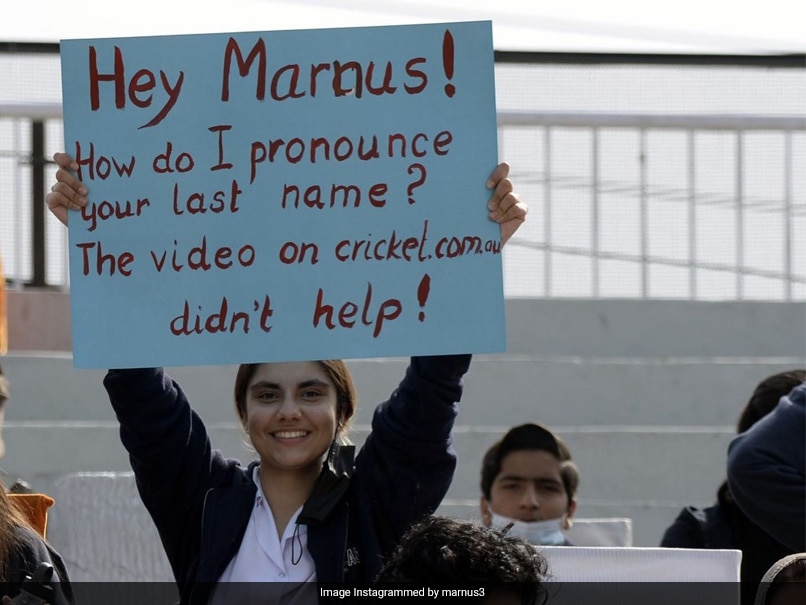 Fans brought their A game to the stadium as they tried to catch Marnus Labuschagne’s attention.© Instagram

From being the world’s first concussion substitute in cricket to becoming one of the world’s best Test batters, Marnus Labuschagne has come a long way. A journey that has made the cricketer blossom in his own way. Whenever a cricket fan comes across Marnus’ name now, the images that flash right in front of the eyes are those of funny ways in which he lets go of the ball outside the off-stump, or his extremely loud and clear calls to the non-striker asking him to stay put inside his crease. This unorthodox yet charismatic style of batting, although criticized quite often, has been a major reason behind him evolving into one of the pillars of the current Australian Test unit.

The same kind of reputation has been carried to Pakistan as well where Australia are touring after 24 years. Here, Marnus has become a fan-favorite.

In the first innings, the batter stroked his way to an impressive 90 runs in his first-ever innings in Pakistan. He was unlucky to have missed out on a hundred, but he sure was lucky to get some serious attention from the crowd.

Marnus was humble enough to share some of the most uniquely styled placards that somewhat resembled his on-field unconventional style.

“It’s been great to see all the signs in the crowd at Rawalpindi feeling very welcome #AUSvPAK.”

The match ended in a draw as Pakistan openers, Imam-ul-Haq and Shafique, dominated play on the last day and scored individual hundreds.

The second Test is set to be played from March 12 at the National Stadium in Karachi.