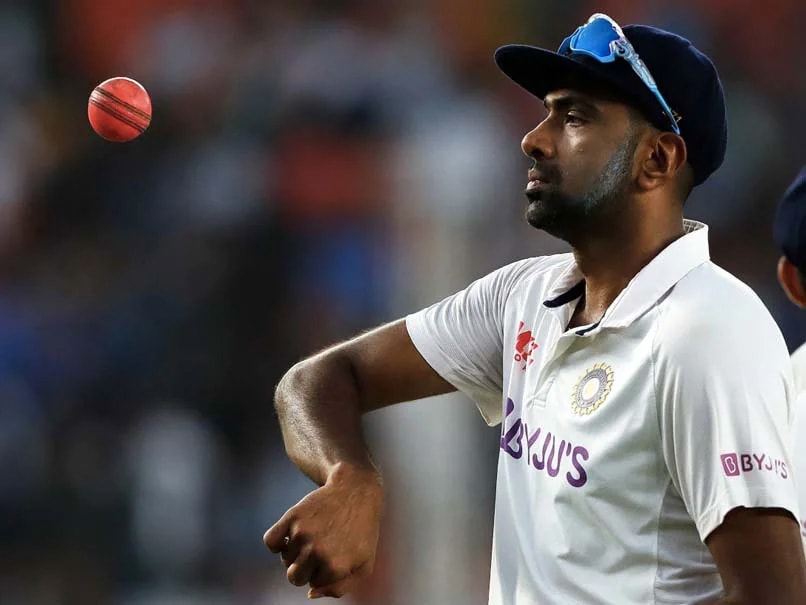 R Ashwin revealed that he used to bowl medium pace like Kapil Dev as a child.© AFP

Humbled to have crossed the legendary Kapil Dev’s tally of 434 Test scalps, premier India off-spinner Ravichandran Ashwin revealed that he wanted to be a batter and used to bowl medium pace as a child to become the next “Kapil Paaji.” Playing in his 85th match, the 35-year-old Ashwin went past the legendary Kapil’s 434 Test scalps to become India’s second most successful bowler in the longest format on Sunday. He achieved the feat when he dismissed Charith Asalanka during Sri Lanka’s second innings in the first Test, which India won be an innings and 222 runs.

“Feeling so humbled. 28 years ago, I was cheering for Kapil Paaji along with my da when he went past Richard Hadlee’s record,” Ashwin said on his Youtube channel.

“Even in my wildest dream, I never thought of going past his tally of wickets because I always wanted to be a batsman especially when I started off as an eight-year old.

“In 1994, batting was my fascination. Sachin Tendulkar was just emerging into the scene and Kapil Dev, himself was a terrific striker of the ball.” Kapil’s 434 wickets had come from 131 matches. The legendary Anil Kumble tops the chart with 619 scalps which he claimed in 132 matches.

Ashwin is the fourth Indian bowler to take more than 400 wickets in Test cricket. He also became the ninth highest Test wicket-taker of all time, moving past New Zealand great Richard Hadlee (431) and Sri Lanka’s Rangana Herath (433) as well, apart from Kapil.

“In fact, I used to bowl medium pace on my dad’s advice back then so that I can try to be the next Kapil Paaji.” “From then to become an off-spinner and to represent India for so many years… I never thought I will play for India.

“I am so grateful and so humbled on his achievement,” he said.

Used To Bowl Medium Pace To Be Next “Kapil Paaji”, Says Ravichandran Ashwin