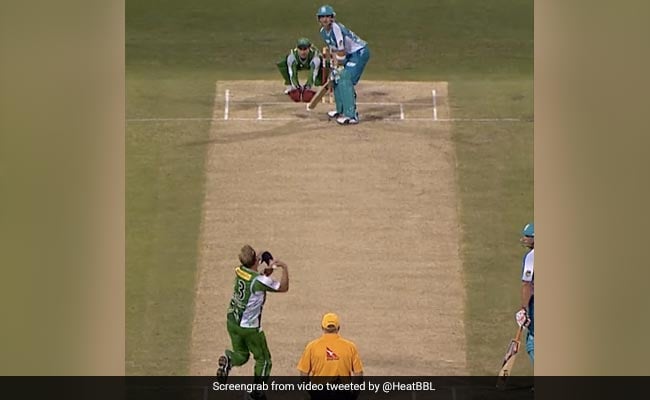 The cricketing fraternity has been stunned by the death of former Australia cricketer Shane Warne, who died last week after suffering a heart attack in Thailand. Regarded as one of the greatest players to have ever played the game, Warne troubled top-quality batters with his crafty leg-spin bowling. He was an extremely smart cricketer, who used to read the game brilliantly. In 2011, Warne told the viewers how exactly he’s going to dismiss New Zealand’s Brendon McCullum during a Big Bash League (BBL) game. Warne was in action for the Melbourne Stars against the Brisbane Heat, he was wearing a microphone to communicate with the commentators.

Before the third ball of the 10th over, Warne was asked how he was planning to knock over McCullum.

“I reckon he’s trying to go inside out but given what just happened he may try to sweep this, so I’ll slide this through him a bit quicker…fast,” Warne had replied.

Warne did end up bowling the quicker one, and McCullum did try to sweep it, but was beaten by the pace as the ball went on to crash on to the stumps.

The King of Spin talking through his dismissal of @Bazmccullum on the mic, legendary???? #GOAT????

For the record, he is second highest wicket-taker in Test cricket. Only Sri Lanka’s Muttiah Muralitharan took more wickets than him in the whites.

Among his other accolades, Warne was part of the Australian team that won the ODI World Cups in 1999 and 2003.

Watch: When Shane Warne Dismissed Brendon McCullum Exactly How He Told Commentators He Would